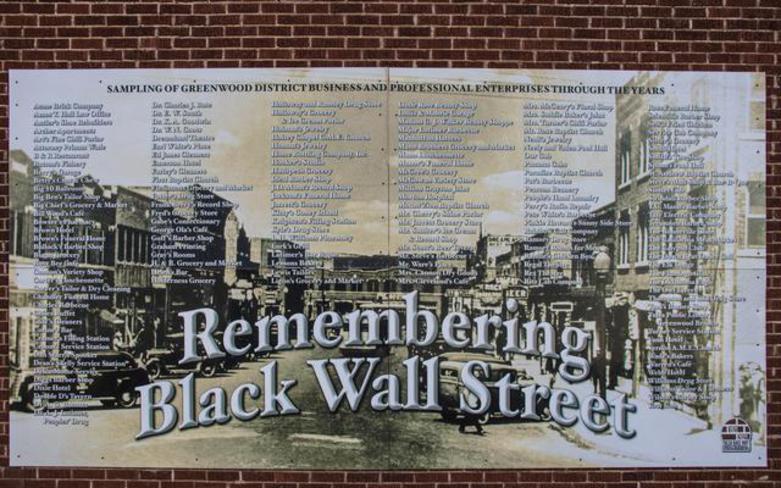 BLACK WALL STREET
Our History – Prosperous and Self-Sufficient
In the early 1900’s, while Jim Crow laws and segregation flourished, a man named O. W. Gurley moved to Tulsa, Oklahoma. Gurley purchased 40 acres of land and decided to sell to black settlers only. The area he purchased was called the Greenwood District.
Although Tulsa was a booming city at this point, the city was still segregated. Therefore, when Gurley purchased the land and he started to build businesses and help other blacks to open their own businesses, African Americans were able to establish and maintain a thriving business district. Black Wall Street had the distinction of being a very wealthy area for blacks.
The establishment of these businesses started a pattern of monies being repeatedly circulated within the Greenwood District. Black Wall Street had its own stores, banks, restaurants, banks, doctors, lawyers and hotels. There was no real opportunity for blacks to obtain loans from white owned banks at this time. Additionally, with the segregation laws and practices, blacks could not easily patronize white owned businesses.
Black Wall Street was being noticed more and more by the whites in the area. They were not happy to see the flourishing black neighborhood. In 1921, there was a race riot that became one of the most horrific in the history of the United States. Black Wall Street was destroyed during this riot. It is estimated that 300 people lost their lives and businesses in Black Wall Street were burned and destroyed during a two-day period when an armed white mob came to the Greenwood District.
Many who survived the massacre in the Greenwood District were able to rebuild. Greenwood continued to be vital until desegregation came. Once the area was desegregated, blacks were able to shop and live outside of the Greenwood District and Greenwood didn’t have the same energy.
Sources:https://www.cnbc.com/2020/07/04/what-is-black-wall-street-history-of-the-community-and-its-massacre.html
https://en.wikipedia.org/wiki/The_Black_Wall_Street